Give Me Liberty or Give Me Death

Okay, maybe that's extreme when talking about a tie, but Liberty of London fabric is 'to die for'!  Liberty of London became really popular in the States a few years ago.  The brand seemed to reach cult status when Target featured their Liberty of London collection, most of which sold out very quickly.  In fact, my friend, my mom and I snagged some great, inexpensive stuff before it all disappeared off the shelves: pillow, quilts, shirts, shawls, umbrellas, plates, bowls, tea pots, picture frames, candles, flip flops, and storage boxes all in floral Liberty patterns.

Growing up, no one knew what Liberty of London was when I mentioned it.  It was sold here, but apparently wasn't all that popular or well known.  In the UK Liberty has been around since 1875 and there's a great Liberty store.  I've known about Liberty since I was a child.  My father was hooked on their ties, especially the floral ones.  As a very young man he was stationed in Scotland with the Air Force and he developed an affinity for British clothing during that time.  It's so funny, because my father was a very conservative dresser, except for his ties.  He'd wear a dark, three piece suit from Brooks Brothers and punctuate it with a brightly colored tie.  In the summer, that would almost always be a Liberty floral.  (Eventually he got interested in Hermes ties, but that's another, future post.)

My father's conservative suit with bright accessory approach is a combination I totally approve of and one I often apply to my own style.  I think it's fair to say he collected Liberty ties.  There are even a few hanging in his collection, never worn with the store tags still attached.  Ties, like other accessories, tell a lot about the wearer's personality, and are an opportunity to express individuality.  Below is a sample of twenty-two of his most colorful ones, mostly floral, all vintage and all beautiful! 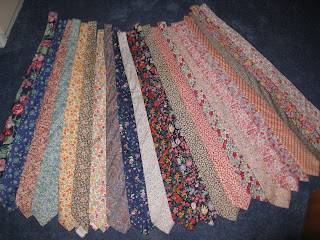 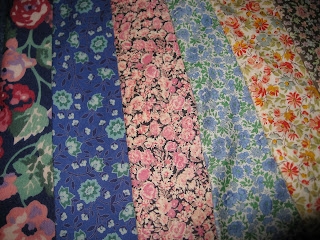 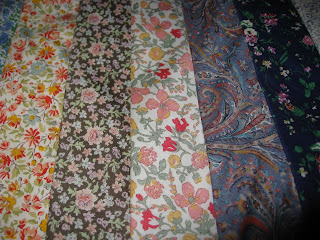 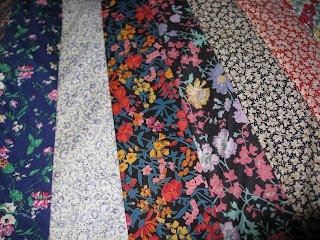 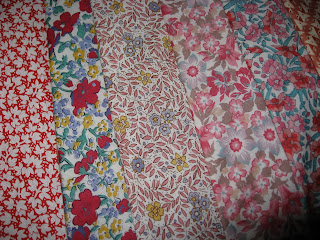 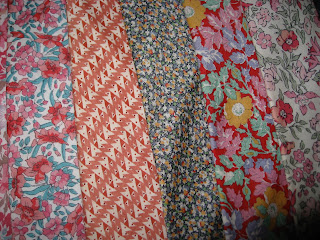