Going Green with the Shafiroffs

Green is my favorite color, so every year on St. Patrick's Day I wear something green, whether or not I'm participating in the festivities.  I have a t-shirt with a rhinestone shamrock on it that usually makes an appearance on March 17th as well.  I think that's the direction I'm headed in today as a matter of fact.

A few days ago I attended a St. Patrick's Day party whose invitation said "Green Attire Encouraged".  You don't have to ask me twice!  I piled on the green accessories and went over to the lovely home of Jean & Martin Shafiroff, the party hosts.  I was delighted to see that most of the guests were, indeed, wearing something green.  This blog is about accessories, but I made an exception and took photos of  green clothing as well, because everyone looked so festive. 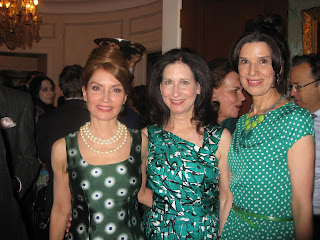 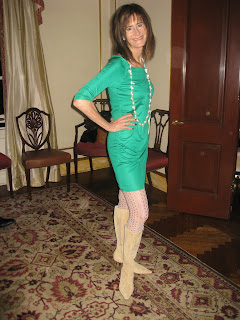 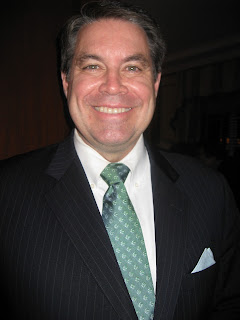 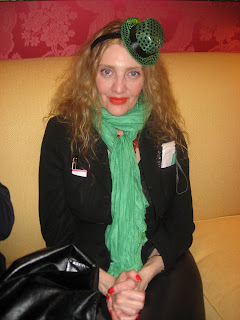 Joyce Brooks in a green scarf and sparkly green fascinator 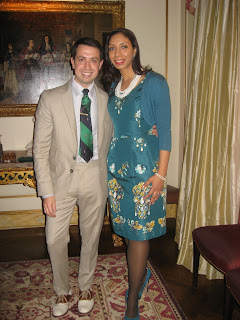 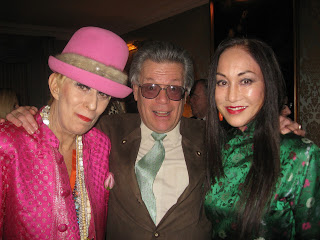 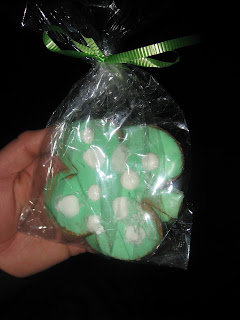 I took a tally of my green accessories when I got home and it was a lot.  I guess I really do like green.  I normally probably wouldn't wear all of these items together, but the party was a nice excuse to ﻿go green in a big way. 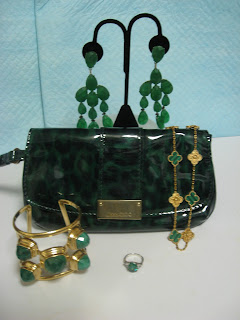 I hope everyone has a fun (and safe) St. Patrick's Day today. And don't forget to don something green to evoke the spirit of the day and the luck of the Irish.

A few days ago I was dining at Doubles and was introduced to a very lovely young woman, Patricia Suarez de Sola.  I immediately noticed the fabulous necklace she was wearing:  a large salamander with blue stones, and I had to ask her about it.  Patricia told me it was from Lanvin, and that it also comes in red.  She was wearing it with a conservative outfit of black pants and top that was the perfect backdrop for this very whimsical piece.  I love how she made it the focal point of her outfit and kept everything else very simple.  Unique, statement jewelry like this is amazing because one piece is all you need to wear with a solid color outfit to look pulled together.  She was nice enough to let me take some photos... 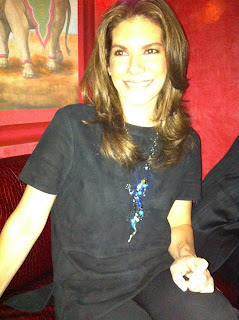 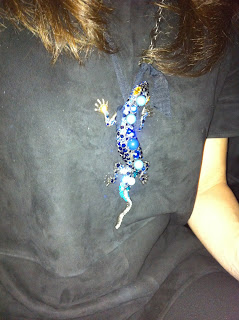 A closer look
(photo by Daniel Colon)
I was totally obsessed with the necklace because I love pieces like this, especially when they are animal or nature themed, so I did an internet search when I got home and found close up photos of both the blue and the red ones on a site www.lyst.com.  Perfect accessory for Spring and Summer!
﻿ 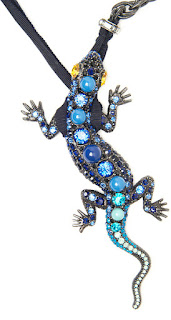 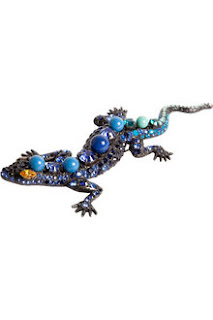 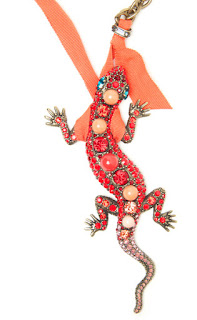 Posted by Alison & Barbara at 5:56 AM No comments: 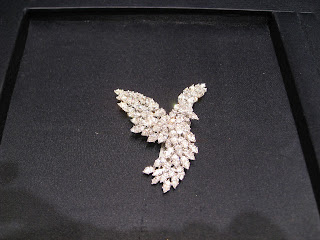 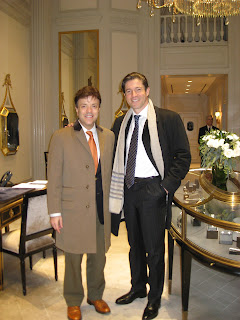 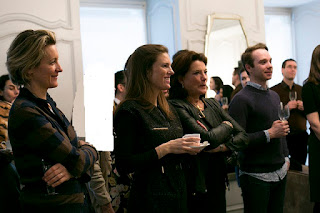 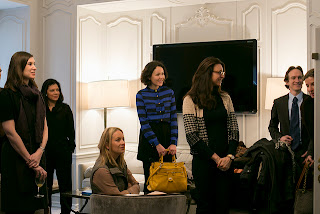 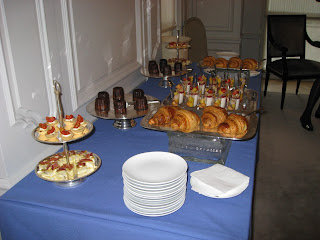 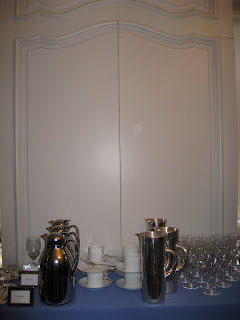 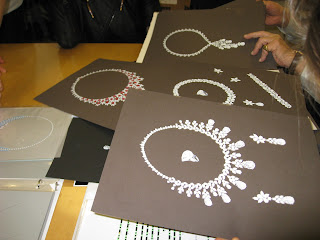 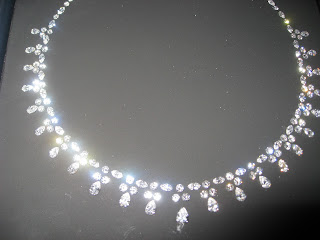 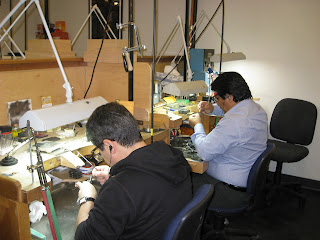 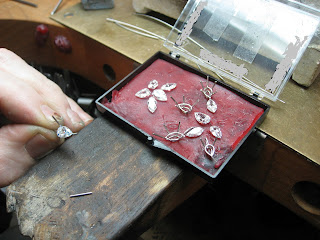 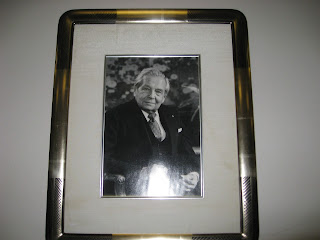 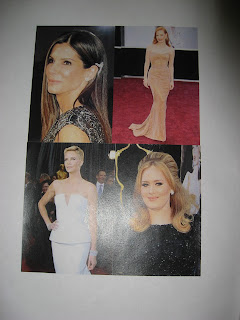 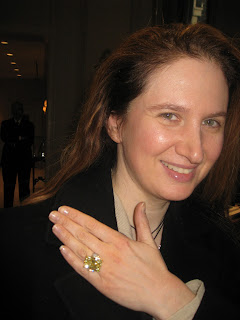 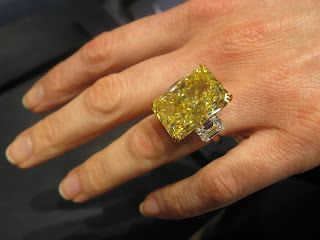 A close up...with a price tag of over 3 million dollars this is one of the most expensive jewels I have ever had on my finger and it was simply breathtaking.  The sparkle was almost blinding.  In case anyone is interested my ring finger is size 4 and my birthday is in July ;-)
A final note about diamonds, and gems in general, is that they are cold to the touch.  Ironic, because they are born of the fiery geologic processes inside the Earth.  The necklace I touched in the showroom was ice cold, as if it had been in a refrigerator.  But then you look at the diamonds and there is nothing cold about them; they sparkle like the whitest, most welcoming smile and I found myself drawn to the large stones like a moth to a flame.  Fire and ice, indeed!﻿
﻿
﻿
﻿
﻿
﻿
Posted by Alison & Barbara at 3:59 AM 8 comments: