A few weeks ago I attended a party at the de Grisogono store on Madison Avenue.  The event was a pre-party for the Lenox Hill Neighborhood House charity benenfit that will take place this Wednesday (it's going to be a great event and there are still tickets available).  De Grisogono sells fine jewelry and jewel encrusted watches.

I had so much fun trying on all the beautiful jewelry while sipping champagne, and the store's staff was incredibly nice and helpful.  I started by trying on several exquisite watches.  I'm not really someone who gets that excited by watches, but these were so stunning that I was hooked.  Below is a sample of the watches I tried on, including my favorite:  the one with sapphires and aquamarines that twinkled like little blue stars. 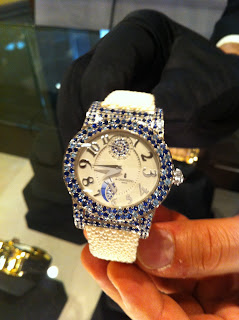 Sapphires and aquamarines with a stingray band 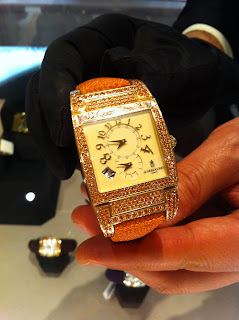 I believe these were orange sapphires, also with a stingray band 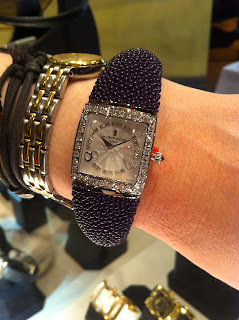 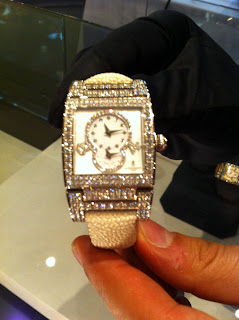 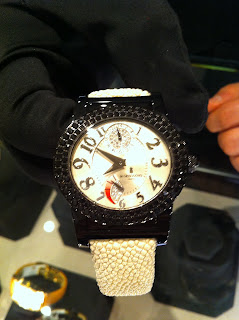 ﻿Of course there were mens' watches, too: 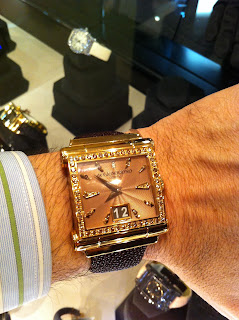 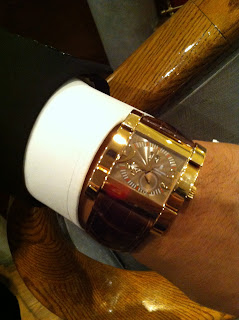 After watches I moved on to trying on jewelry.... 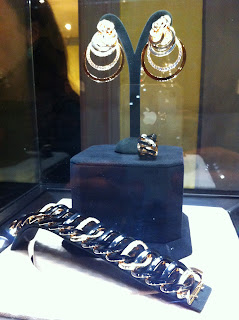 I love these diamond earrings﻿ 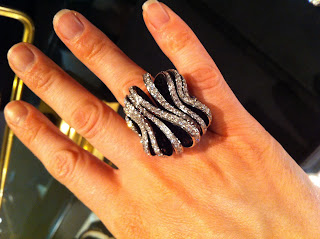 A diamond wave ring that actually moves.  This was one of my favorite pieces and I think it looks pretty good on my hand. 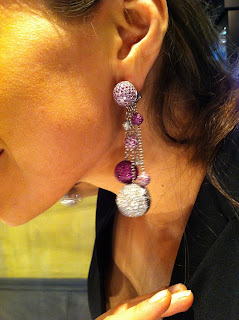 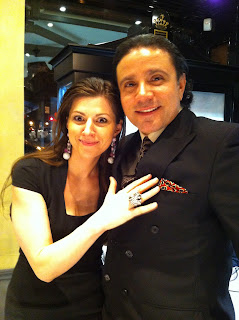 Mr. Dominguez was wonderful and spent at least an hour indulging my jewelry obsession.  As the party was ending and pretty much everyone had left except my friend, Daniel Colon and myself, Mr. Dominguez ran downstairs and came back and told me to close my eyes because he had a surprise.  He wasn't kidding!  He produced the most fabulous jewel encrusted animal cuffs I'd ever seen.  I tried them all on at least twice.  I still can't decide which one is my favorite, they're all so beautiful.  Unfortunately these photos don't do them justice, so you have to take my word for it. 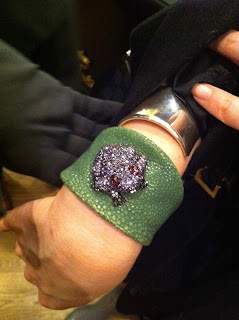 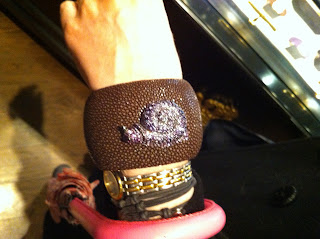 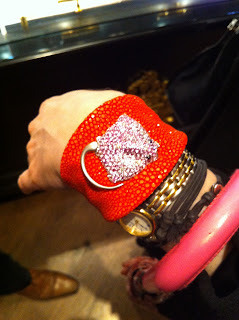 Stingray on stingray...this one was pretty fabulous﻿ 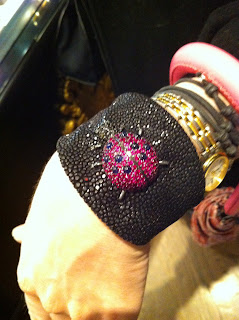 Sadly, none of the cuffs went home with me, but I had a blast trying them on.﻿  It was a really fun evening, surrounded by what I love:  beautiful jewels! 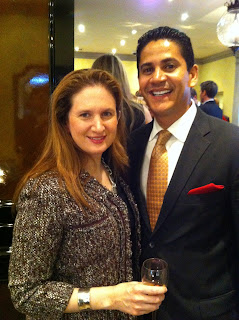 Me with the Store Manager Daniel Morales﻿

﻿Thanks to Daniel Colon.who took most of the above photos, because I was too busy trying on jewelry.
Posted by Alison & Barbara at 7:48 AM