Hat Luncheon Countdown Part 4: Trying My Fascinator On For Size

After working very hard on my hat, a fascinator, for several weeks Tracy Young of Millinery Treasures emailed me to let me know my hat was finished and I just needed to try it on to make sure it fit properly and I was happy with the design. 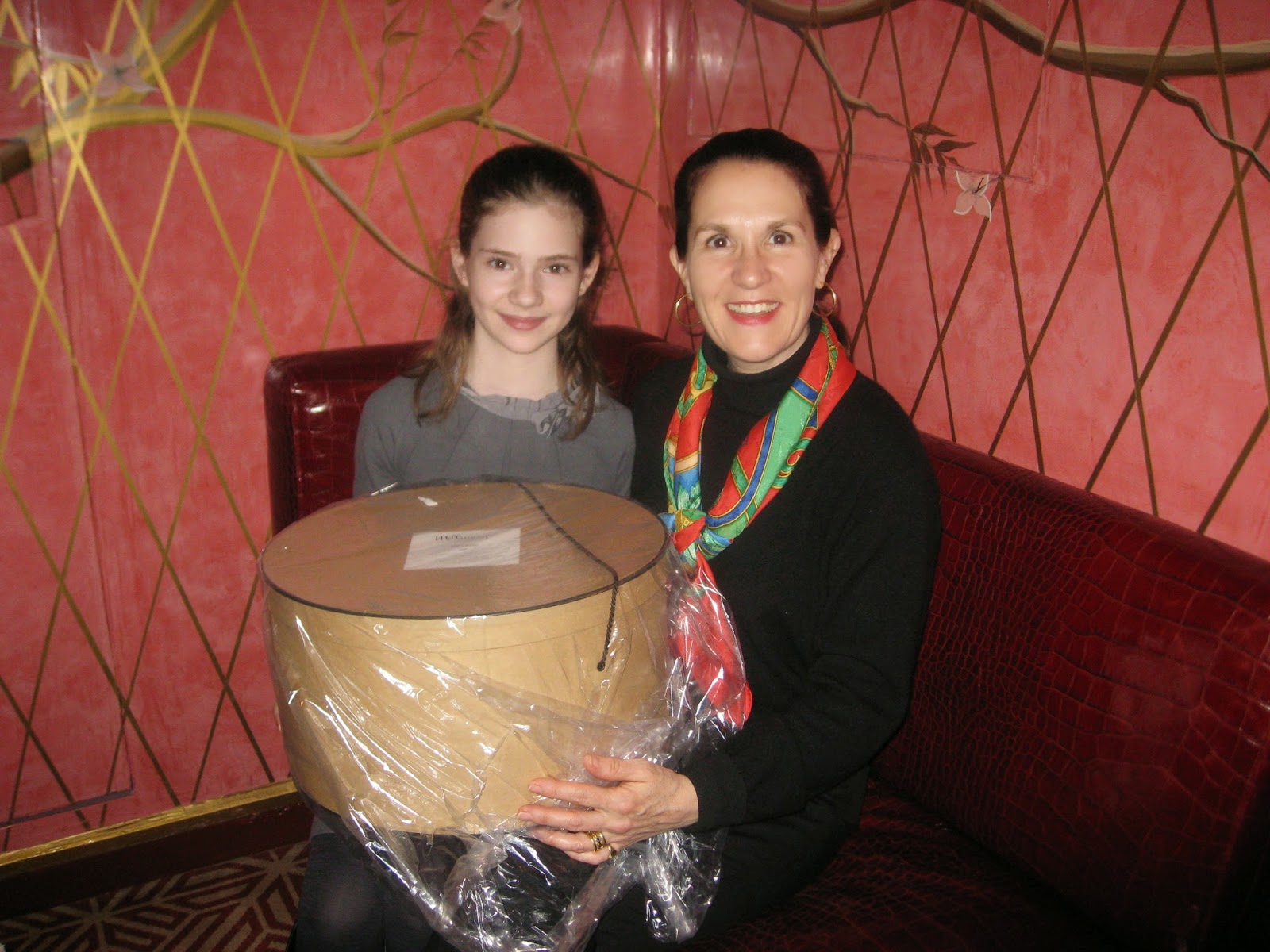 Tracy Young, and her daughter, Alexandrine, with the carefully wrapped hatbox

When I met Tracy and her lovely daughter, Alexandrine, for the big reveal I had an idea what the fascinator might look like, because I had sent Tracy a photo of some that I liked as a general guide.  Aside from saying I wanted a red fascinator with a sinamay curlicue, I had given Tracy creative license in designing my hat, but I  still just assumed my hat would be fairly simple.  I was not expecting what I saw when Tracy opened the box. 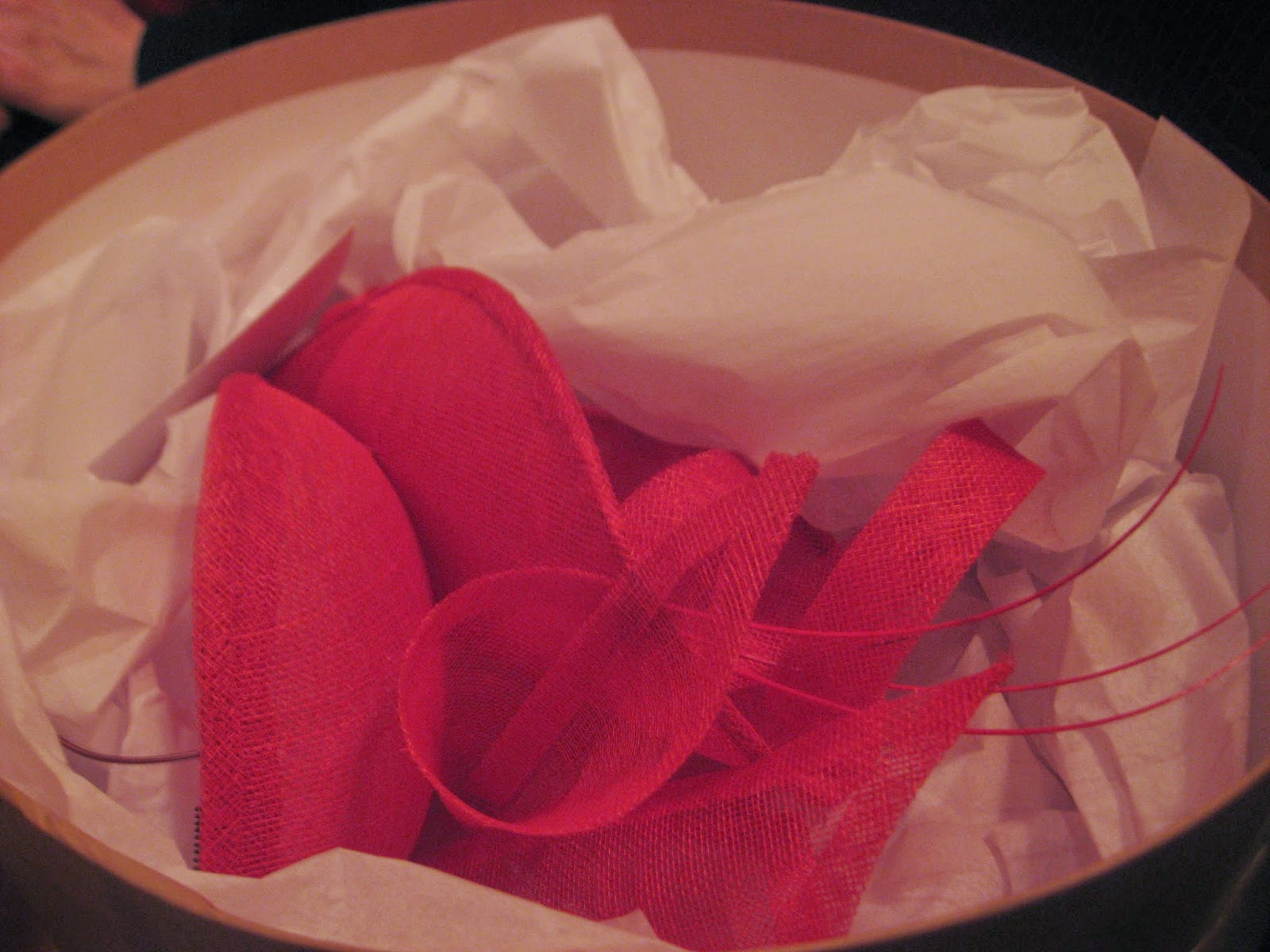 A first glimpse at my hat in the box

I think I may actually have squealed with delight!  Tracy has made me the most fabulous and amazing fascinator in the history of fascinators.  It is not at all the simple hat that I was expecting, but it has the curlicue I wanted and then some, and I absolutely love it.  It is a creative showstopper!  Tracy did an incredible job and I can barely wait until the Hat Luncheon to wear it.

And, speaking of waiting until the Hat Luncheon....I have decided not to reveal a full frontal view of my fascinator until the day of the luncheon, because I don't want to ruin the surprise.  I will take a photo of myself in my full outfit at the luncheon and post it.  But, in the meantime, we took a photo of the back of the fascinator. 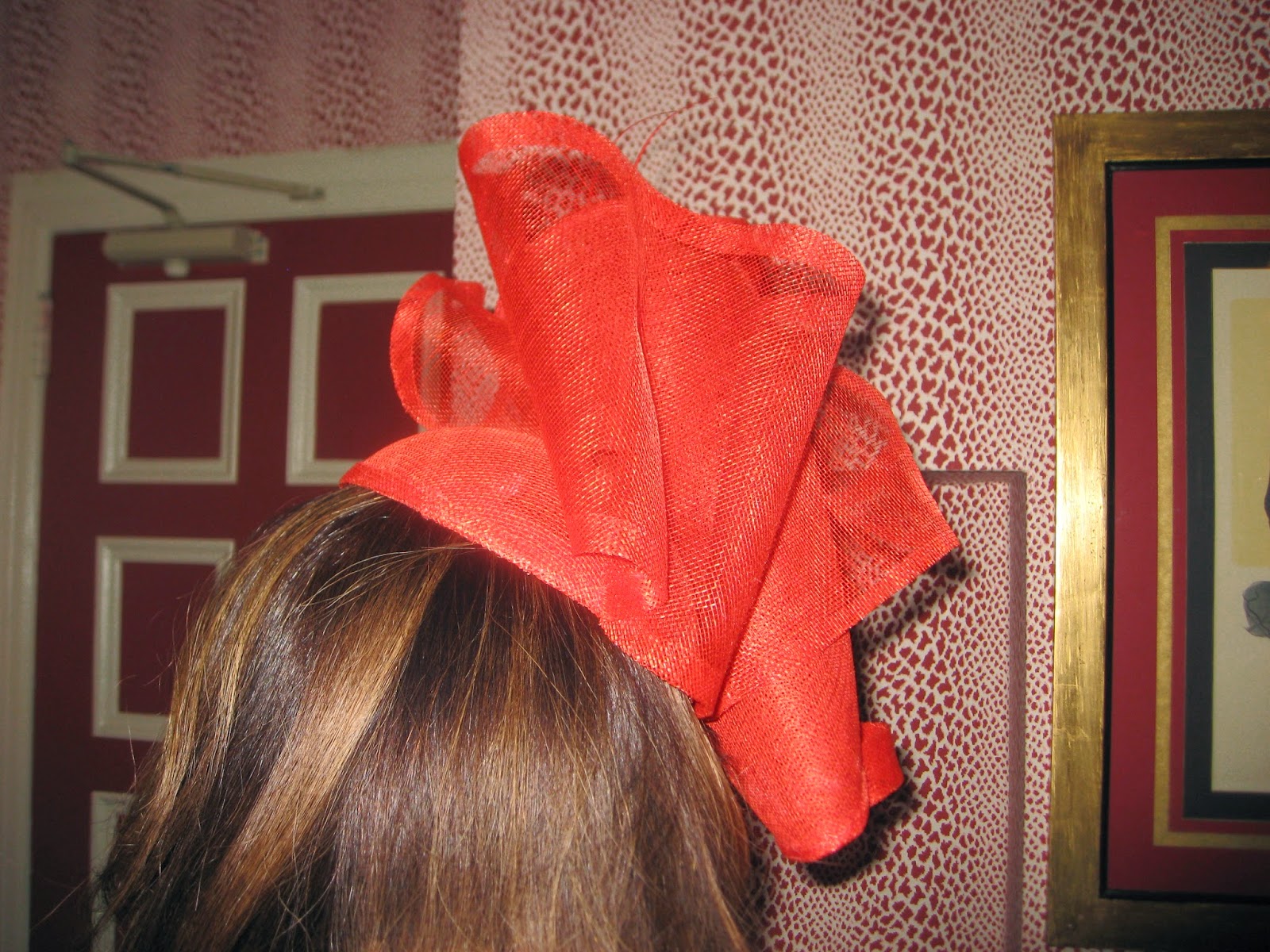 The rear view of my fascinator

It's too late to order a custom made Easter bonnet from Tracy, but there are many more occasions to wear hats this Spring and Summer, including this upcoming Hat Luncheon.  Here is the contact information for Millinery Treasures if anyone would like to inquire about a hat: 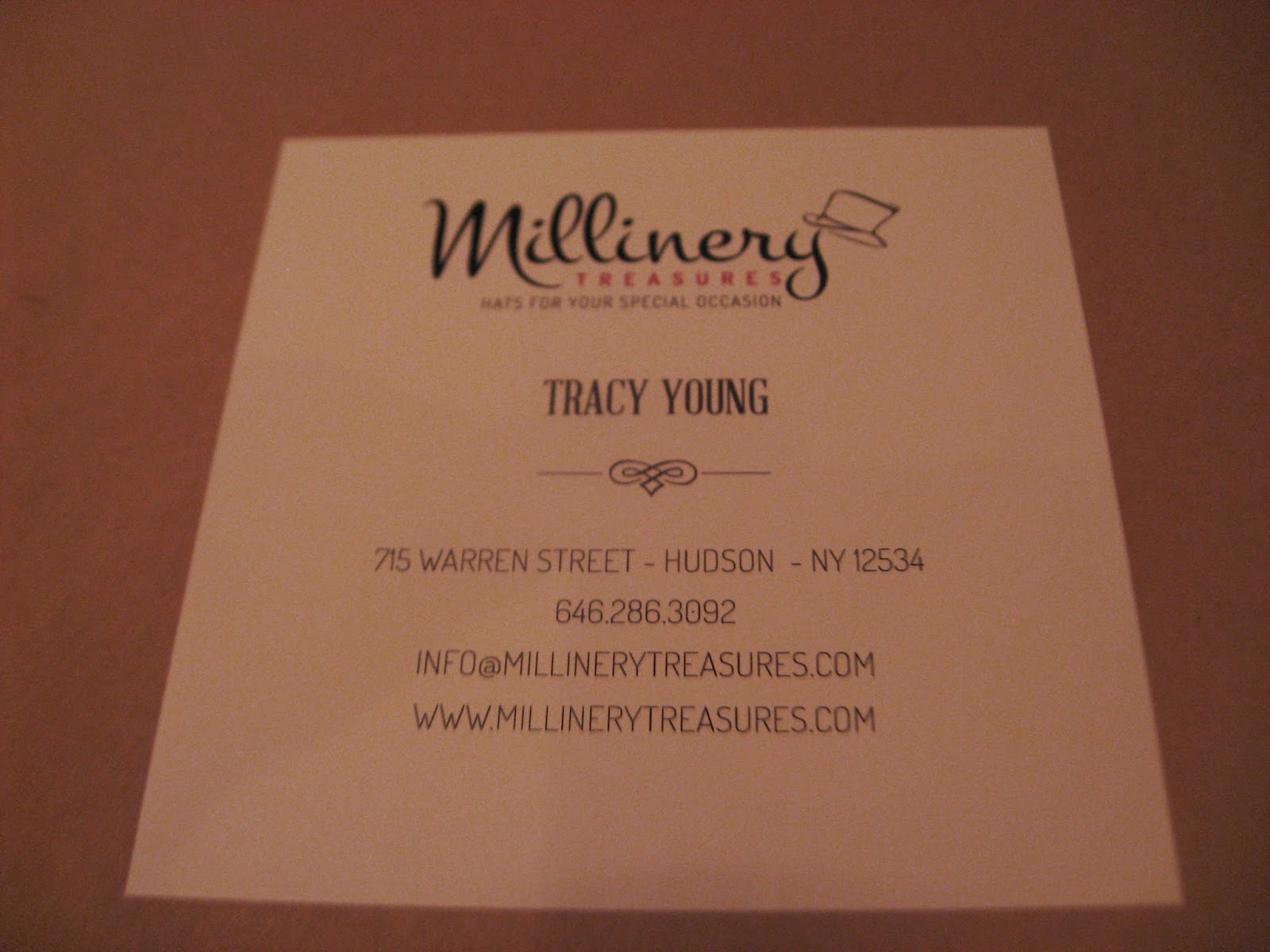 The world's most fabulous fascinator and I will see you at the Hat Luncheon in early May!
Posted by Alison & Barbara at 7:57 AM