I've been working on a jewelry article for my column in The New York Social Diary and came across an octopus ring at the Jennifer Miller store that I have to share here, because I am obsessed with octopi (octopuses, octopodes, octopi...all plural forms of octopus).  They are such intelligent creatures and apparently very shy and there is just something about them I find both adorable and fascinating. I read an article about them that explained how a male octopus will stay outside the cave where his female mate lives to guard and protect her.  He will allow female octopi to pass into the cave and visit, but he will chase other males away.  It upsets me that people eat them or keep little ones as pets. As much as I would love to have an octopus for a pet I would never do that, because they belong in the ocean with other octopi living their natural lives.  So, I have octopus jewelry instead, including two pins from Raymond C. Yard and two Dodo by Pomellato charms on a necklace.  I've been looking for an octopus ring and this might end up being the one...... 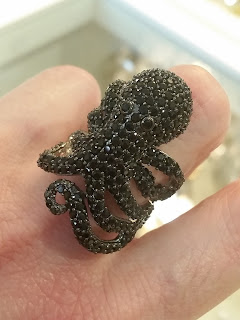 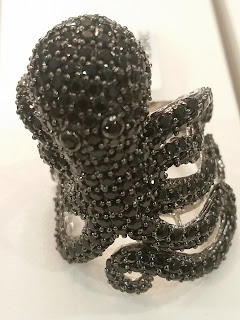 Close up of the ring.  I love his eyes!
(photo courtesy of Mark Ehret) 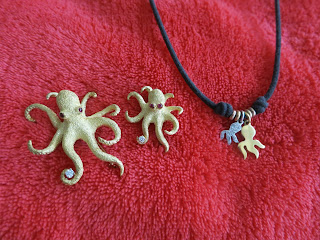 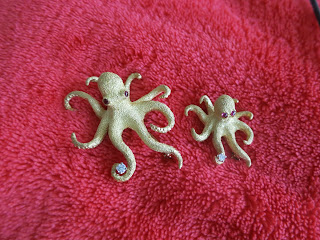 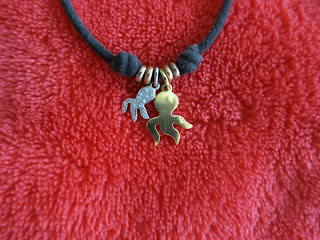