The Wave Of The Future: A Purse On Wheels 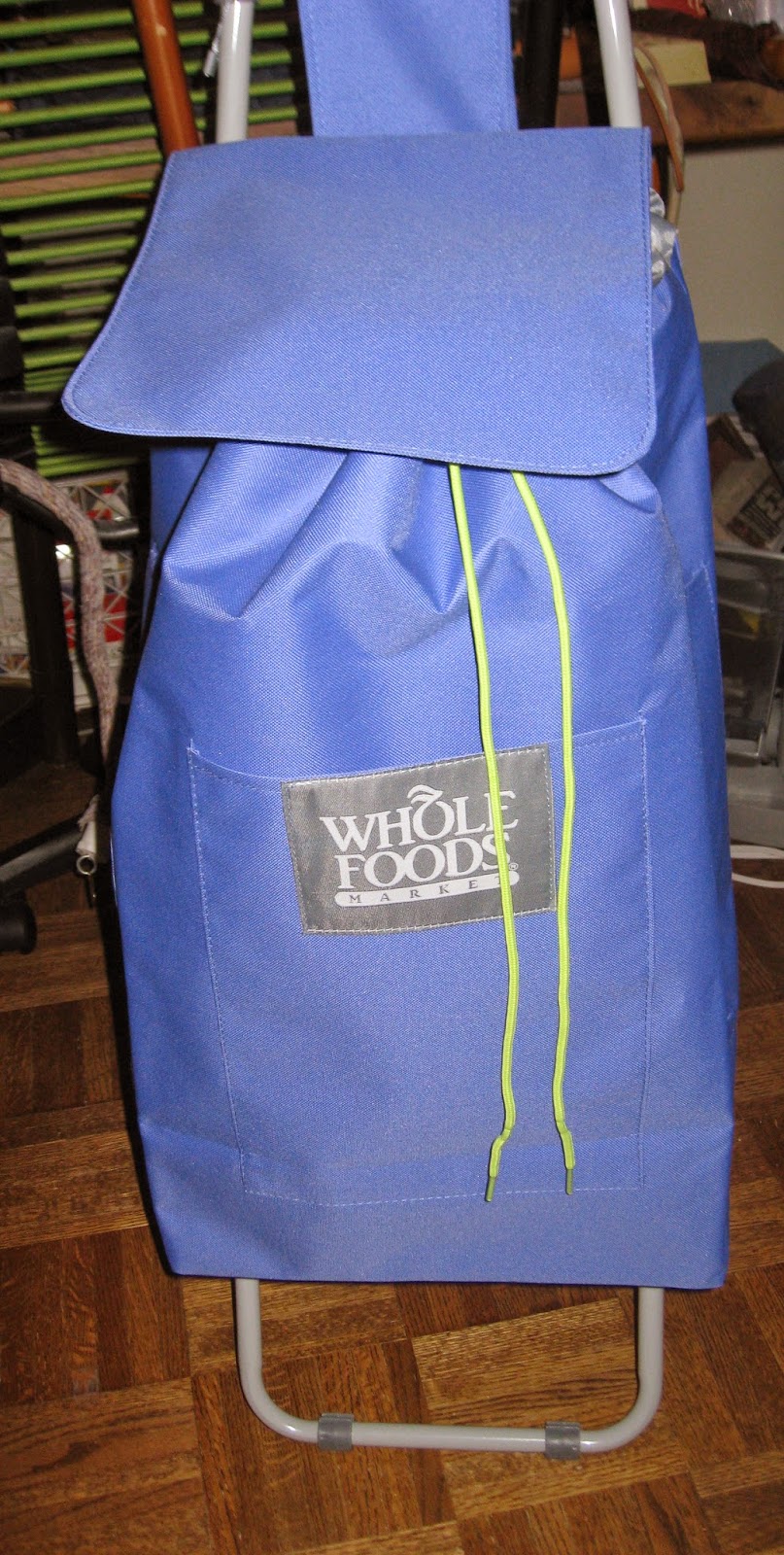 When I first moved to the City I complained to my mother that it was hard carrying my groceries home and that my friend got hers delivered for a small fee and I was thinking about doing that, too.  Of course, my from-humble-roots mother said that was ridiculous and she would give me her grocery cart she used to use when I was a baby and we lived in an apartment some twenty five years earlier.  I sensed immediately that was going to be a bad idea and when I saw the cart my fears were confirmed. The cart was of the metal cage variety often used by homeless people and old women with babushkas on their heads.  I think it was also rusted, but my memory of it may be distorted by the horror of having to go out in public pushing that wobbly, antiquated monstrosity.  I ended up using it a couple of times and then hiding it in the back of my closet.  If only I had a photo to scare, I mean share...

So last year when a friend of mine started raving about the knapsack like shopping carts at Whole Foods (WF calls them 'trolleys') and how adorable they were, I was understandably skeptical.  Every time I saw her, including on a couple of shopping trips to Whole Foods, she would mention the trolley and how quintessentially French it would be to wheel it around with a baguette sticking out of one pocket and a bottle of wine in another, and wild flowers poking out of the top.   No thank you I thought, I'd rather dislocate my shoulder carrying heavy bags than humiliate myself again over a juggernaut of a grocery cart.  And, seriously, how dirty would that baguette be with NYC soot by the time she got home?  But, she was obsessed with these trolleys, so I eventually bought her one as a gift.  They come in a limited supply of different colors that always sell out and when they had an unobtrusive navy blue one I got it for her.  She was thrilled.   Perhaps too thrilled.  For an entire year I've been hearing about how wonderful her trolley is and how I should get one and how some guys stopped her on the street and told her how French she looked (the beret on her head on her way home from French class didn't hurt either), and I've been countering with one excuse after another why I shouldn't.  I've also been seeing countless other people in my neighborhood with these trolleys.  They're fast becoming a ubiquitous status symbol in my hood.

So, finally, I became a convert.  Yesterday while at Whole Foods on line to pay for my groceries, I saw the color in stock was what I'll call periwinkle.  I like periwinkle.  And, it had a neon green drawstring as an accent. Green is my favorite color.  I also didn't feel like carrying two heavy bundles home so I caved and bought one and wheeled it home.  And, as the featherweight trolley and I glided down the street I realized that if I take this with me to run errands my handbag is redundant because the trolley has four outer pockets, including one with a zipper and a spacious inside for whatever I buy.  So, really it's not a grocery cart, or a trolley, it's a purse on wheels!   A purse on wheels that comes in a variety of limited edition colors that can hold all my stuff, sort of like a Louis Vuitton Neverfull tote bag, except much cheaper.  I can live with that!