This post is the first of a new feature on my blog called "The Politics Of Fashion" where I plan to take a closer look at the accessories politicians, public servants and heads of state are wearing.  It's my opinion that except for a few political wives (Jackie Kennedy, Nancy Reagan, Cindy McCain, Michelle Obama, Kate Middleton, Princess Diana, Carla Bruni, Queen Rania, etc) not enough people in politics dress the part.  Even most female candidates don't seem to make presentation a priority.  Without any political statement or political preference intended by this blogger, here's to dressing the part and looking good, while hopefully doing good.

While some politicians use social media to take pictures of their "junk" and send them out to their female constituents, others know exactly what women really want to see:  shoes!  I recently met Bob Stump, Chair of the Arizona Corporation Commission, and learned that he was voted "Best Shoes" by the Arizona Capitol Times in 2011.  What a fabulous contest! A perusal of his Facebook page and his Twitter account revealed that even two years later his constituents are still talking about his shoes, and there's a hilarious video that Stump graciously participated in making.

Of course, I had to know which shoes Commissioner Stump was wearing in the video and it turns out they are these Gucci loafers (below) with bamboo bits.  I'm not sure if he was trying to make a political statement with the bamboo, which is a sustainable resource, but as someone who helps set energy policy for Arizona he made a good choice. 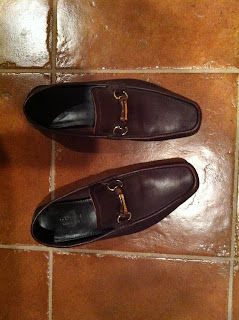 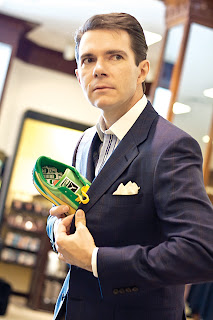 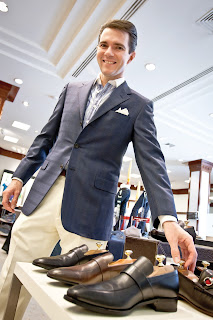 Commissioner Stump admiring a selection of shoes
(Photo by Evan Wyloge of Arizona Capitol Times http://azcapitoltimes.com/ )
Interesting to note my discovery on his Twitter account that another Arizona paper, the Arizona Republic, called Mr. Stump "A dashing tuxedoed figure" which led to a discussion about him and bow ties.  Apparently he has been wearing them since he was a little boy.
﻿ 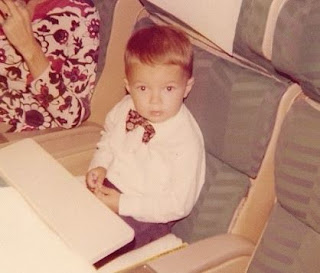 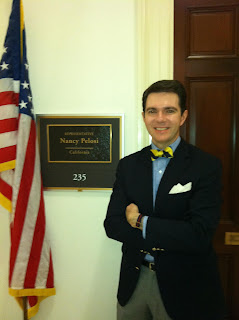 All grown up and standing in front of Nancy Pelosi's office
(Photo courtesy of Bob Stump)
I don't know who tied his bow ties when he was a kid, but he can tie his own now thanks to lessons from a former co-worker at The Weekly Standard in DC, none other than the lord of bow ties, Tucker Carlson.  Now, that's impressive!