A Tribute to Joan Rivers and her jewelry: The Classics Collection 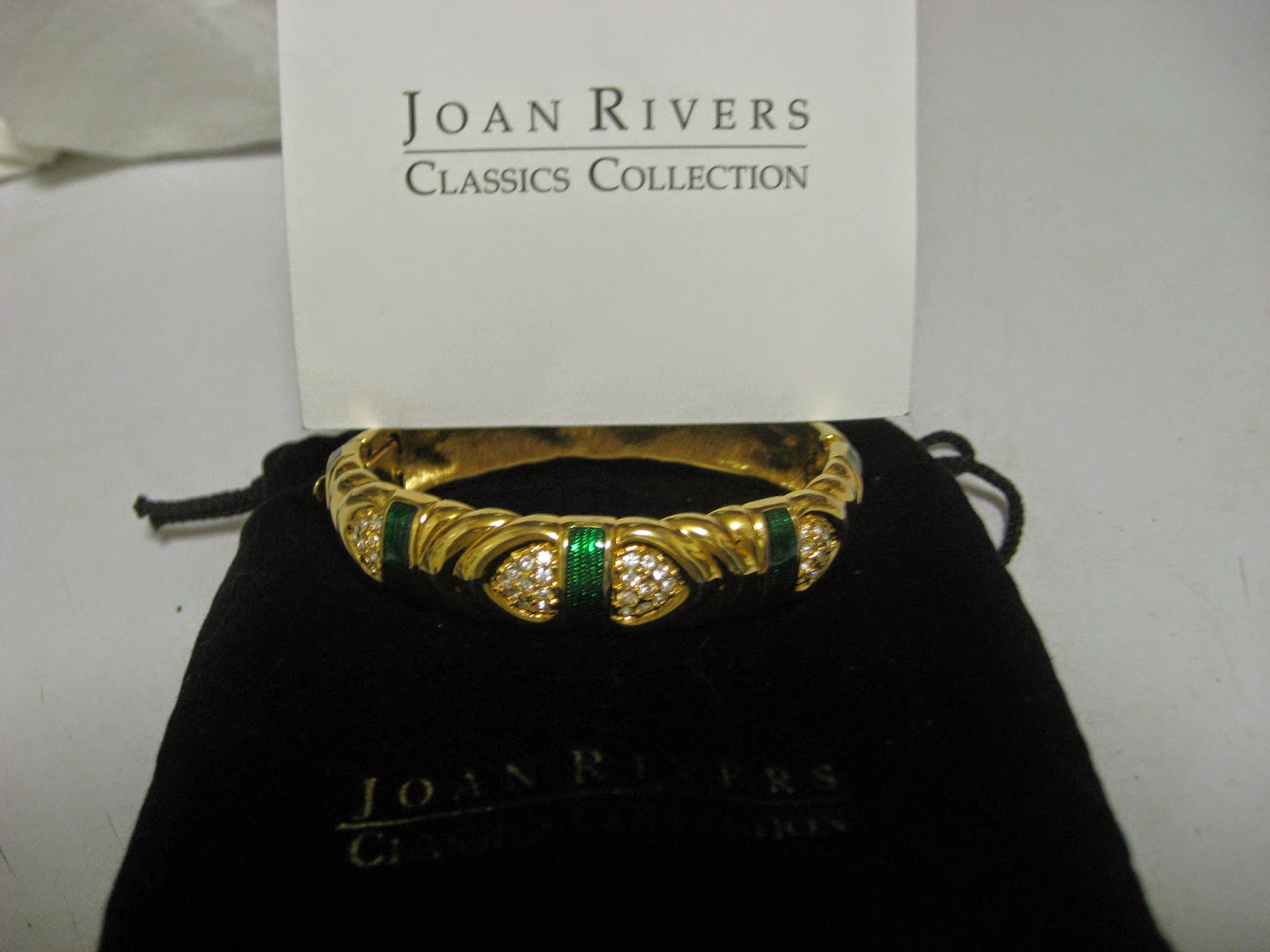 I was shocked and saddened about the death of Joan Rivers last week, as many people around the world were.  I have been a fan of hers since I was a child.  When she would sub for Johnny Carson on The Tonight Show my mother would watch and I would beg to stay up to watch, too.  Something about her just captivated me and I thought she was hilarious.  Years later when she started selling her costume jewelry line on QVC my mother got hooked and then got me hooked.  She bought me a couple of pieces and I loved them.  I was young and just starting my career and costume jewelry was in vogue. Joan Rivers' collection was relatively inexpensive so I would watch when she was on, both to see the jewelry and to enjoy her presentation and the jokes.  She was always joking and making people laugh and she was outrageous, which is what I loved about her.  She also had great style and was always put together and well accessorized.  She dressed for a woman her age and she dressed the way people expected of her: glamorous, sparkly and larger than life.

One day in the late 90's when I was on my way to work and wearing a Joan Rivers Classics Collection matching necklace and bracelet a woman in my elevator who had gotten in after me, kept turning around and looking at me.  There were only the two of us in the elevator and it was starting to get a little odd when she finally asked me where I'd gotten my necklace.  I told her it was Joan Rivers and I had gotten it on QVC.  She stuck out her hand and said "hi, my name is Dorothy and I'm her manager."  She had recognized the necklace as part of the Joan Rivers Classics Collection!  As soon as she introduced herself I recognized her from seeing her on tv with Joan Rivers. Dorothy Melvin was her manager for many years.

I ran into Joan Rivers herself a few times over the years, most recently about a year and a half ago at a Christmas luncheon at a club in NY called Doubles.  I wanted to tell her how much I admired her, but was too shy.  I hoped that one day I would have the opportunity to speak with her, or even interview her for a blog post, but sadly that day will never come.  My love of accessories started as a child and it has been fueled and encouraged by smart, successful women like Joan Rivers, who made it fun to dress up and to generously adorn themselves with pretty baubles, just because it made them feel good.  I loved watching her many shows over the years including Fashion Police where she would critique what the stars are wearing on the red carpet.  When I got an assignment to start covering accessories people are wearing at social/charity events in NY for The New York Social Diary I was thrilled.

Last Thursday, my first column "Accessories On Display" appeared in The New York Social Diary. It was also the day Joan Rivers died.  I was devastated to hear the news and the irony was not lost on me.  The woman who had been such an inspiration and a trailblazer, who had paved the way for so many women and who had turned herself into a fashion entrepreneur and become my personal patron saint of accessories had passed the day my version of her famous "what are you wearing?" was published.

That night I had an event to attend and in honor of Joan Rivers I wore two pieces of her jewelry from my personal collection:  a pin and a bracelet.  As soon as I walked in two women commented on the pin and how pretty it was and I told them it was a Joan Rivers piece and then showed them how the stones are interchangeable.  They were enchanted, and for a moment I felt just like Joan Rivers on QVC.  Thank you Joan Rivers for making the world a more beautiful place. 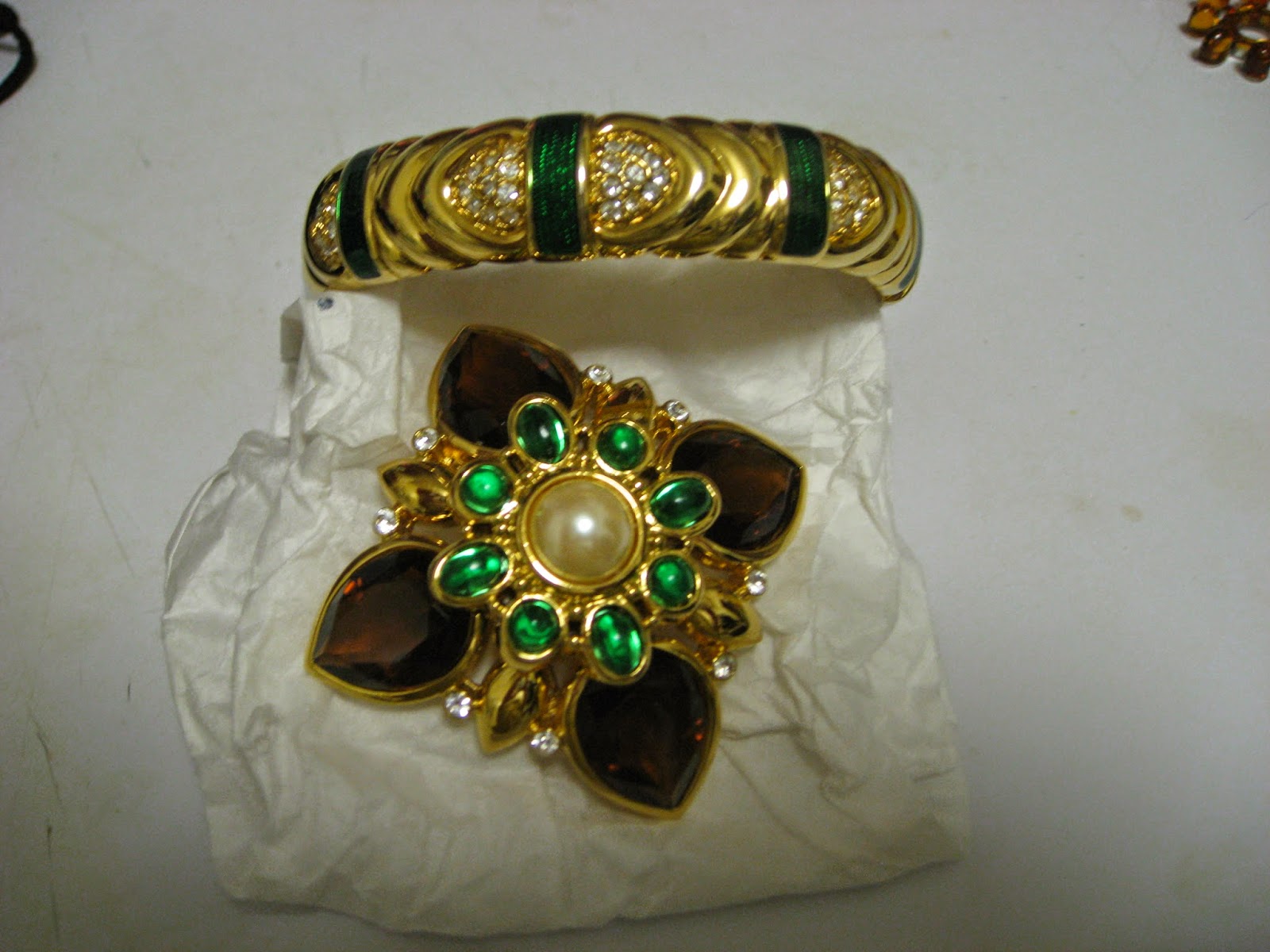 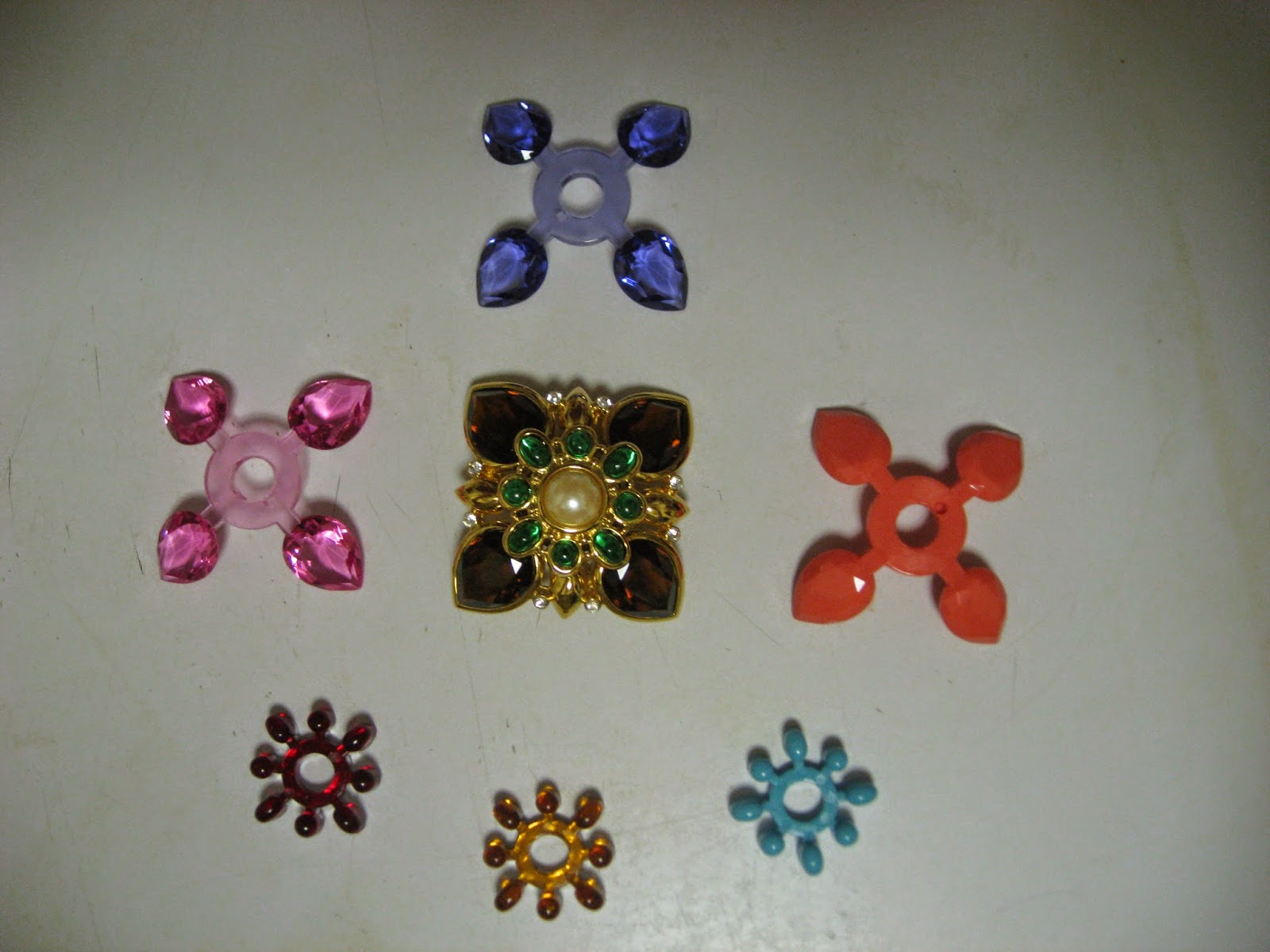