If you are a fan of Hermes scarves you will enjoy these photos.  My father purchased this scarf at an Estate sale around 20 years ago and gave it to me.  I never wore it because it is a collectors item.  I had intended to frame it and hang it on a wall, but I don't have any wall space at the moment.  The scarf was made to commemorate the 1984 Summer Olympics held in Los Angeles and covered by ABC Sports.  The theme of the scarf is archery.  I just listed it on Ebay, because it has been sitting in its box for twenty years and should really belong to someone who will frame it or wear it. 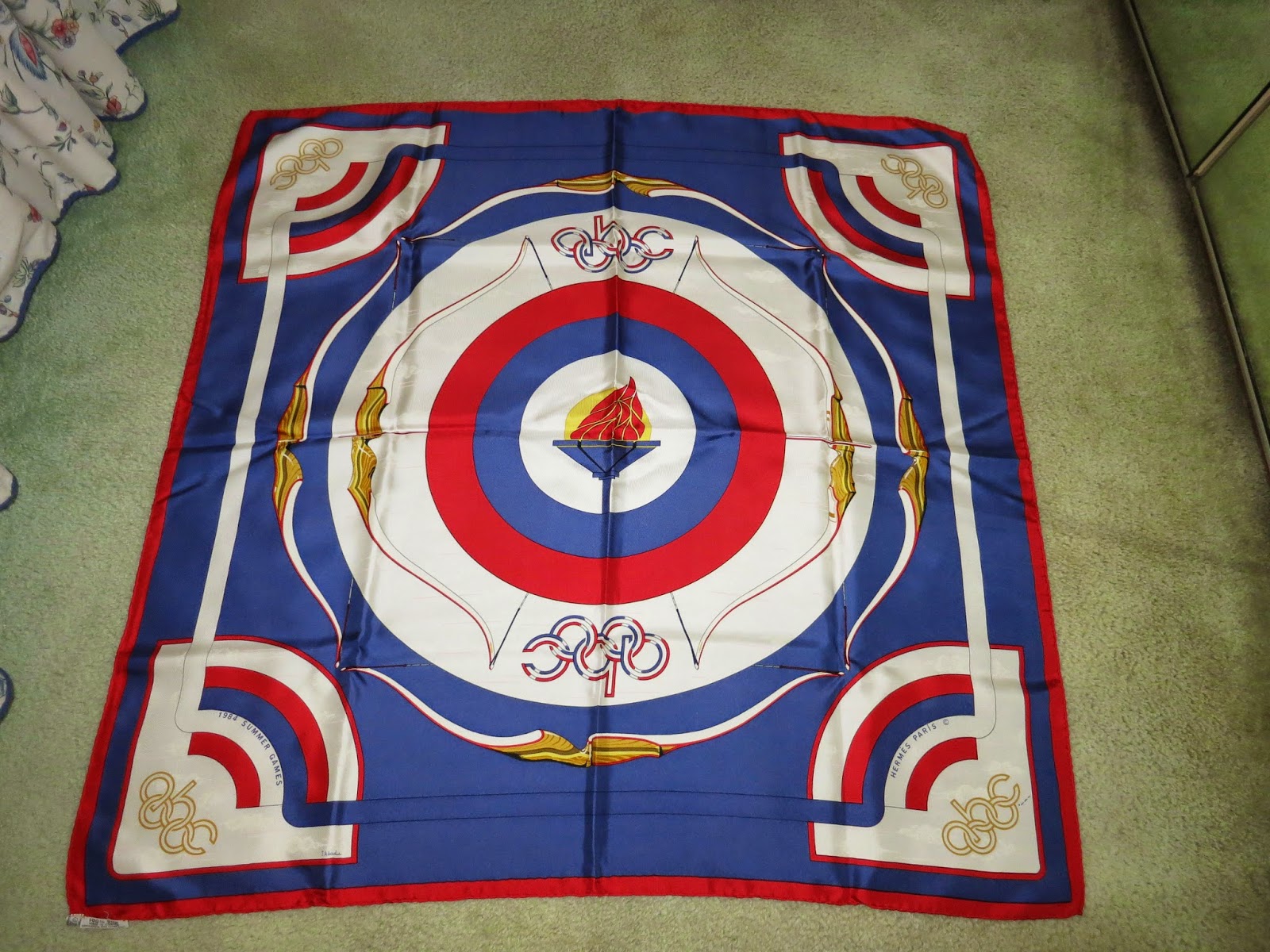 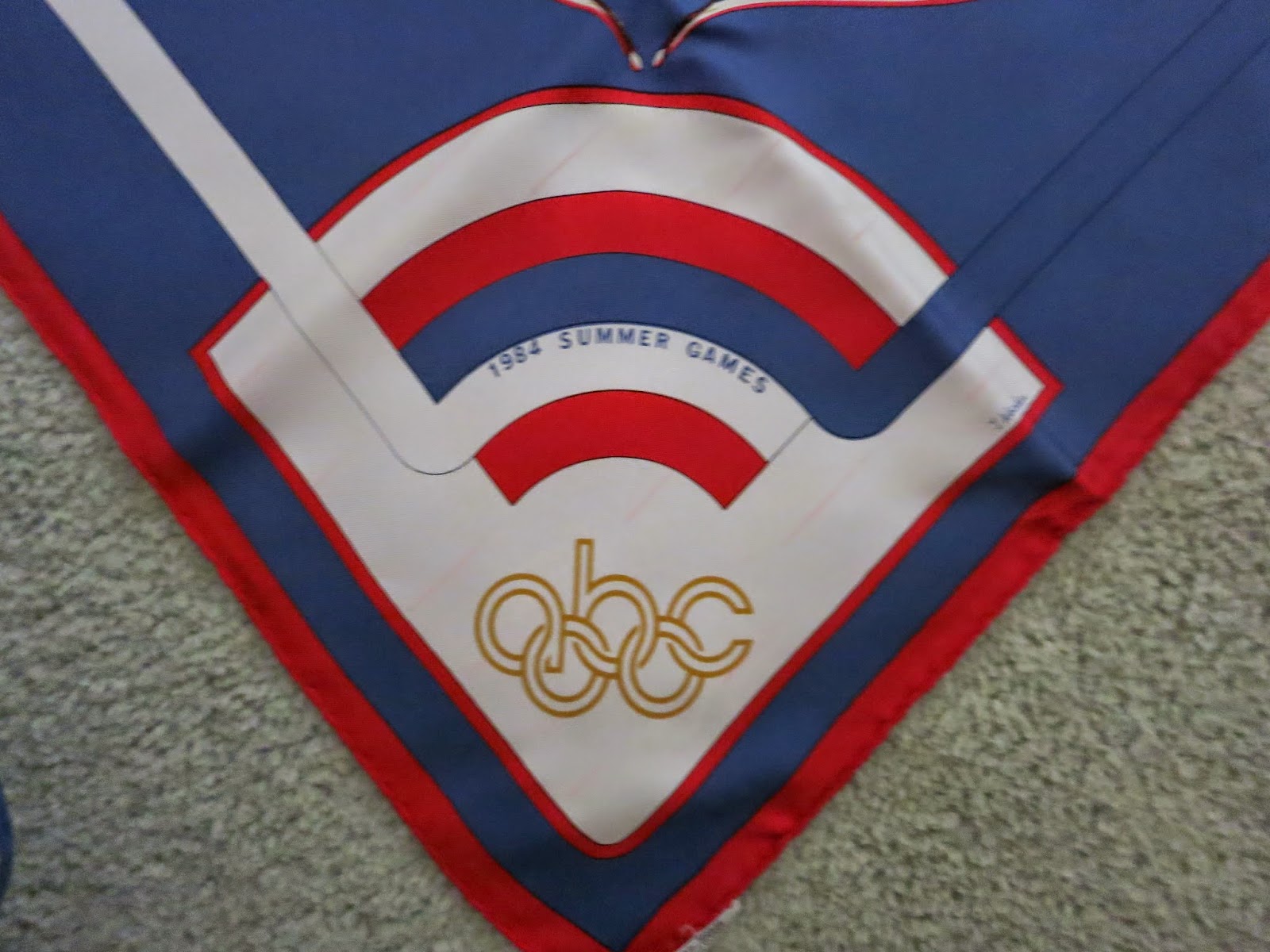 The Olympic rings are intertwined with the abc letters 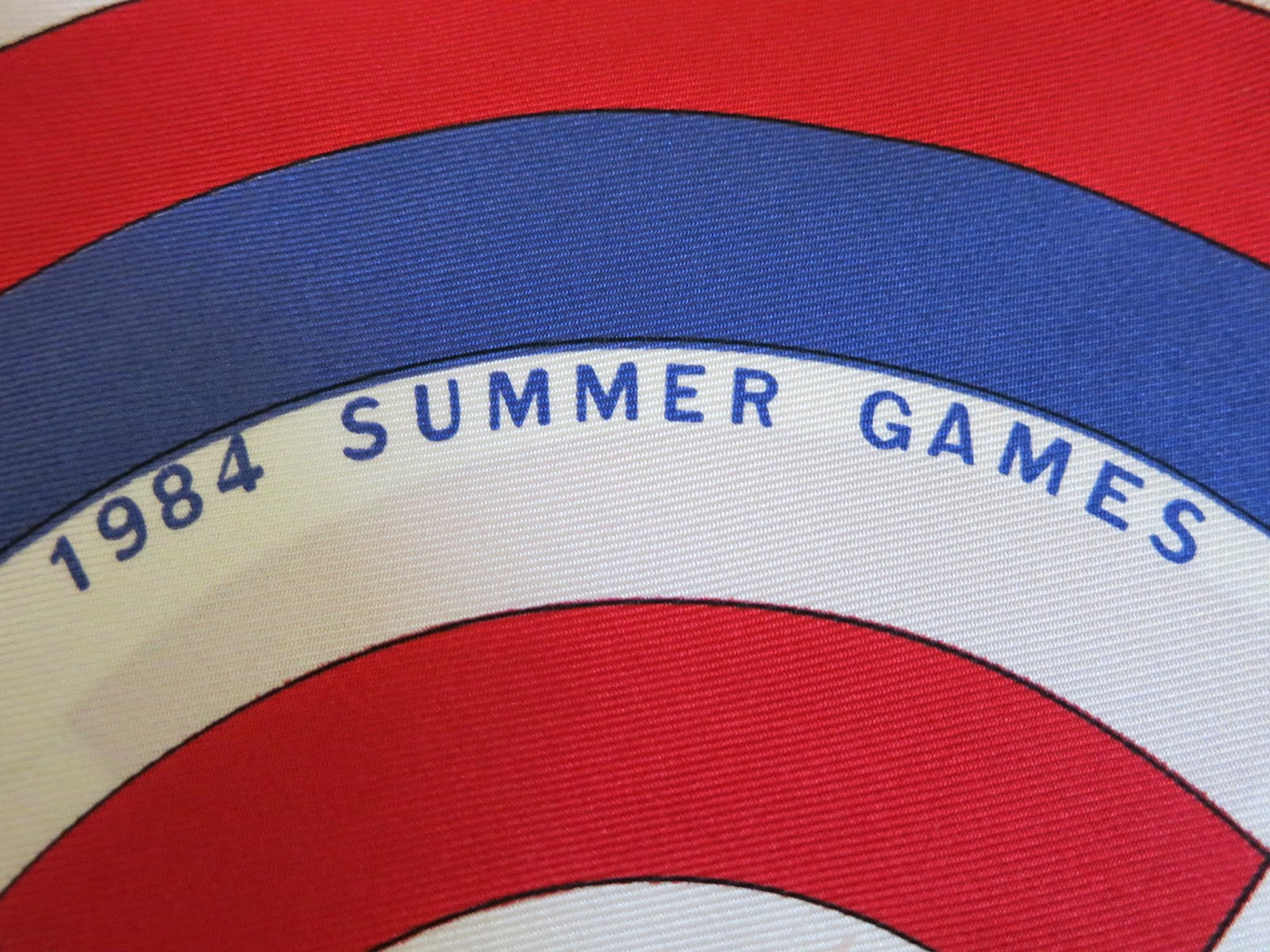 A piece of Olympic history!